Back when I lived in Fayetteville, Arkansas, about 20 or so years ago, Tiny Tim’s Pizza on the square was one of my favorite places to eat. I’ve been craving their subs and pizzas ever since I left.

Anita and I recently spent a few days in Northwest Arkansas, and were lucky enough to have time to swing by Tiny Tim’s for lunch. The reason I say were lucky is because our car broke down. Were it not for a great long-time friend of ours who lent us a car, we wouldn’t have made it.

I ordered my favorite, the Tiny Tim’s sub. It has pepperoni, Canadian bacon, lettuce, Swiss and creamy Italian dressing on a hot po boy roll. The star of the show is the Canadian bacon, which is ground. The taste is out of this world. I could eat 5 of these. Really.

Anita ordered a small pizza. I stole a piece. It was as great as I remember, with a super crunchy crust and delicious toppings. Anita said it was the best pizza she’d ever had.

Oh, how I wish there was a Tiny Tim’s in Indiana! 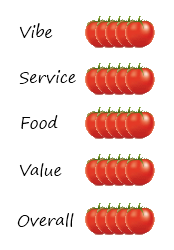 Tiny Tim’s is just down the street from another of my college day haunts, Jose’s Restaurant and Contina.