After making a big ole batch of bell pepper powder using my dehydrator I decided I need to kick things up a bit. Not crazy over-the-top kicked up, but something a bit spicier. I’m a big fan of poblano peppers. They aren’t super hot and they have such great pepper flavor. I love them stuffed, roasted, sliced on a sandwich, however. And now, I love them dried. Poblano pepper powder on the Nesco Snackmaster Pro is perfect for seasoning my favorite dishes.

Dried poblanos can still pack a punch, so when you go to cutting them up make sure you wash your hands good (or use rubber gloves) when you’re done. And when you grind the dried peppers, watch out for that dust. It’ll wake you up and wake you up quick.

I keep my dried powders in Mason jars that I vacuum seal using an attachment for my sealer. They keep forever. You just need to remember to re-seal the jars after removing the powder to use in a dish. 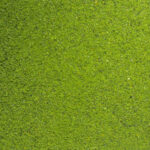