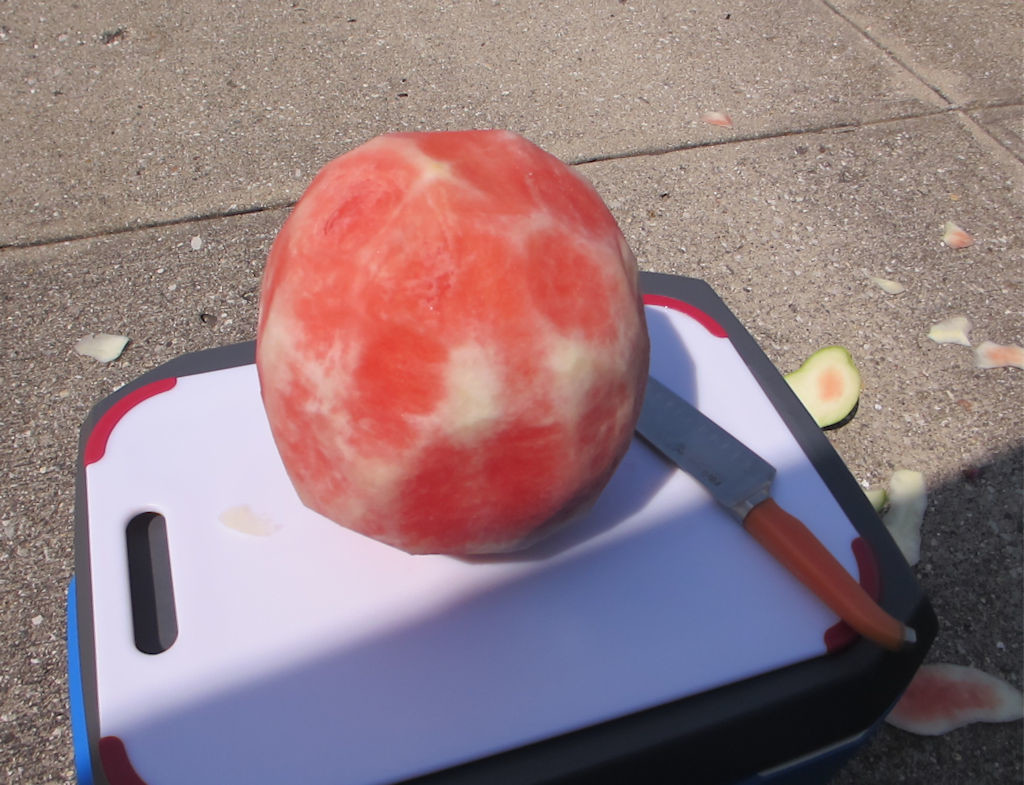 Test the fit of the skinned watermelon by inserting it into one of the scooped halves and add the other half as a top. If it doesn’t fit well you might have to scoop out more flesh or shave off more melon. Just remember, the skinned melon is as slick as a greased pig. It’ll want to get away from you so hold on to it!
Finally, when everything fits, just as the top and carry the melon to your party. Take off the lid and watch everyone’s expressions as they wonder how you did it!