Winters here can be rather long. We like to put up some sweet corn for those cold, gray months – it’s like summer in a bag. Just as sweet and juicy as the day it was picked.

The only corn we buy is from My Dad’s Sweet Corn, from nearby Tipton, Indiana. Fortunately for us we don’t have to drive to Tipton since MDSC is at all of our local farmer’s markets.

I wait until the corn is at its peak. This year it was the week after July 4th. Last year, I bought 5 dozen ears (they actually sell them as baker’s dozens). Because of the drought in 2012, the corn, although as sweet as always, was certainly smaller than it is most years. This year, the weather has been great and the corn was absolutely fantastic. So… I bought over 100 ears! Yes, 8 dozen. Two 100 pound potato sacks worth (fortunately they helped me get it to my car)! Well, we now have enough corn for winter, that’s for sure!

There are probably other ways of putting corn up for the winter. This is how I do it. I am always looking for ideas, though, so if you also put corn up and you do it differently, please respond in the comments so we can share ideas.

Eight dozen corn ears. Actually, it came to 108 ears total. Quite the load! 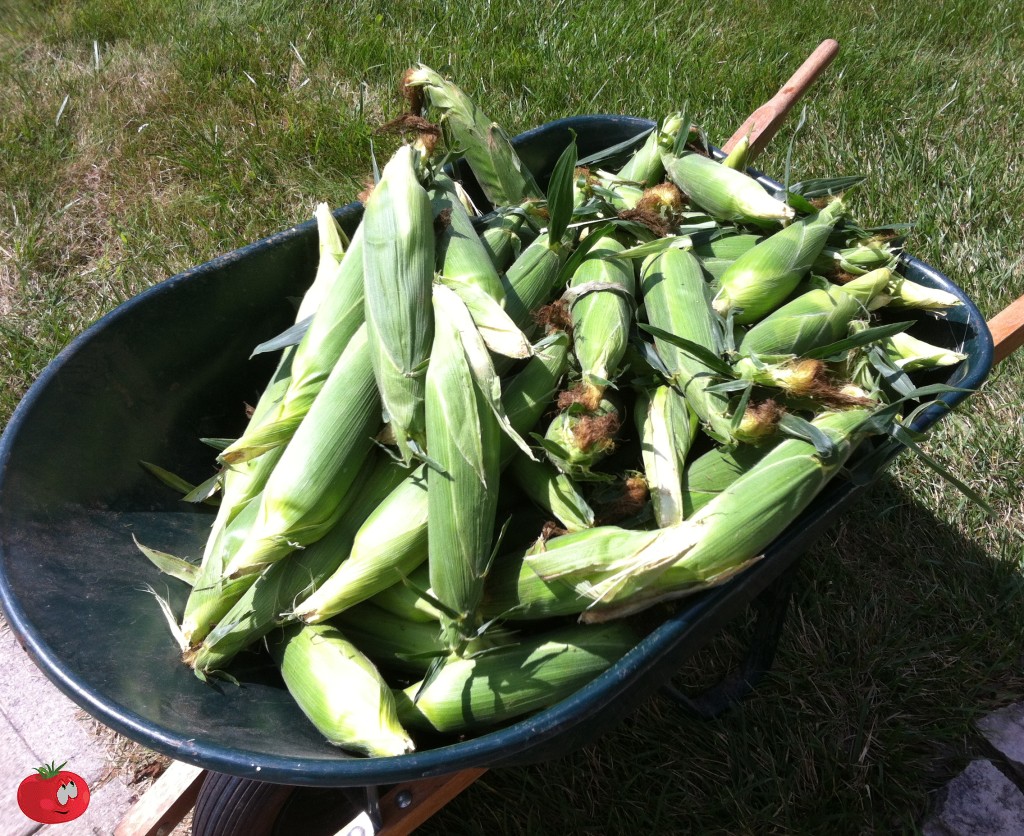 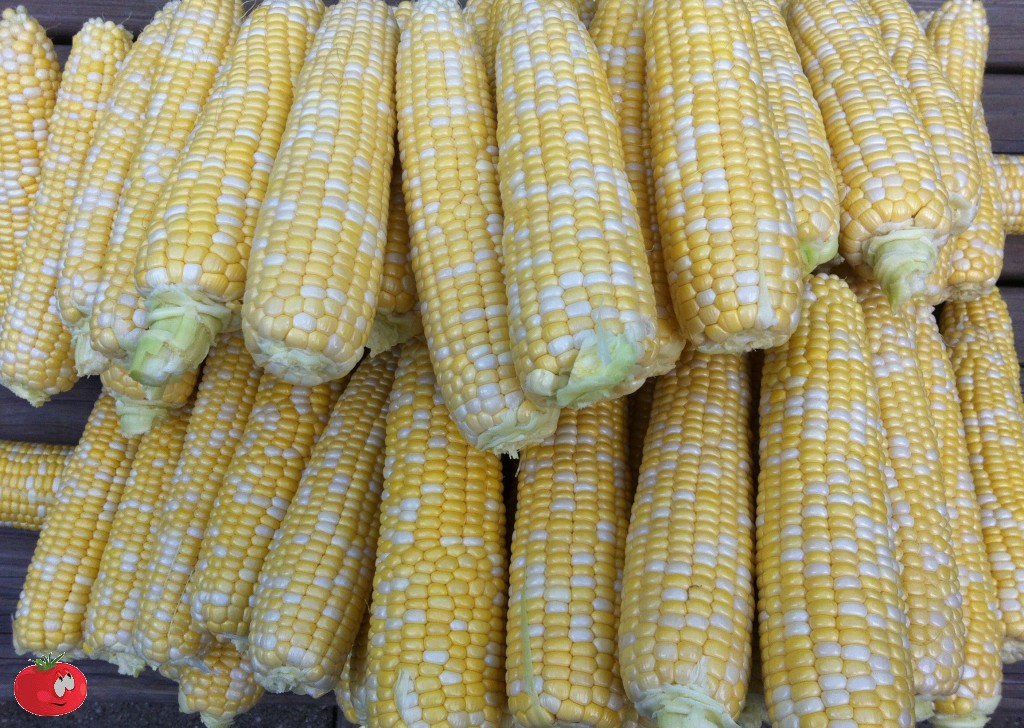 Boiling a batch in a 30-quart stock pot over a Bayou Classic Outdoor Gas Cooker. You can do this inside on a stove too, of course, but it’s a little less messy outdoors. 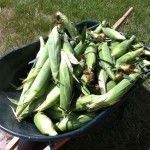 Putting up corn for the Winter

Winters here can be rather long. We like to put up some sweet corn for those cold, gray months – it’s like summer in a bag. Just as sweet and juicy as the day it was picked.
Course Side
Cuisine American
Author Mike